Telco Cloud – How big is the wave? How many crests? Where are we at? 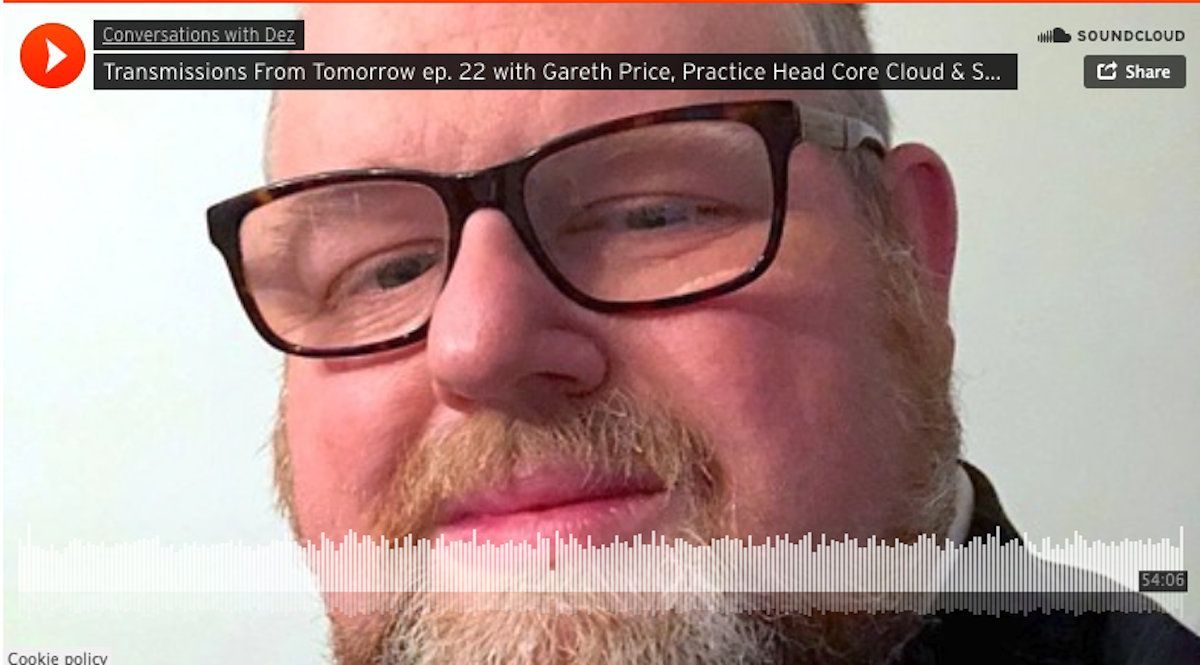 There’s nothing like fresh data during a wave of change. How big is the wave? How many crests? Where are we at? Is everyone else at the same point? What are the key variables?

Gareth Price, Practice Head Core Cloud and Security Consulting for Ericsson Digital, is sitting on some Very Interesting Data. Gareth and his team conducted extensive in-person interviews with dozens of telco operators about their digital transformation journey into #5G services. Though the questions asked were not themselves leading (of course), the patterns that emerged were telling.

Survey respondents fell into a couple groups – length of time on the journey and degree of interoperation between IT & Networks. Despite other differences, when either of those two variables were prime, the answers plotted a very consistent line – so consistent that Gareth likened it to being able to “see around the corner.”

Telco operators in their 3rd or 4th year of digital transition, who had their cloud infrastructure up and running, were confident about their network and their #5G path and were now focused on service agility. Operators who were still in their 1st or 2nd year were still focused on infrastructure and less confident that the whole transformation would pay off.

That all makes sense from our third-party point of view, but it’s less obvious to the operator that they’re on the same trajectory as others. And, given that the survey’s major objective was to give operators a more independent source of journey advice than from Ericsson itself, the symmetry should prove very useful.

Indeed, one of the more revealing questions was A) are you happy with your decision to go cloud (80% were) and B) would you do it differently if you had the chance (over 45% said yes). Perhaps these early adopter learnings will help newer entrants experience less pain.

What would they do differently?

Many telco’s very much wanted to take the opportunity to be vendor independent, to assemble apps and capabilities from multiple vendors into a best of breed. The problem is that these apps and solutions often aren’t yet interoperable. That’s in the roadmap, but not enough people are at full-service agility yet, vendors included.

Also, those telco’s that had dual cloud development happening, in both their IT and Network groups, progressed faster than those that had integrated teams. Now that’s simply fascinating.

Gareth and I talked at length about it, because we *know* that for cloud to work we have to disband a lot of the traditional silo’d departments that have sustained Telco for so long, and a lot of the operators have made a lot of progress in that direction.

So why the difference in progress? I suspect that we’re not far enough along, and that the next survey will show the merged teams surging ahead, that perhaps the time required to merge slowed them down at the outset. Or, perhaps there’s more data in Gareth’s full report, which at the time of this writing I have yet to read in full.

Speaking of the report, run, don’t walk, to the Ericsson Digital “Cloud Services Webpage“. There’s a plethora of background info around beyond edge computing and distributed cloud – and to put yourself ahead of the competition and gain key insights into the Telco Cloud transformation, be sure to examine the findings of the Ericsson Digital survey of operators located in 16 different countries across Europe, Latin America, the Middle East, Africa, South East Asia, Oceania and India – download their Telco Cloud Report now.

There’s lots more to say about my conversation with Gareth, indeed, perhaps another blog post awaits. Of course to get the full insights – make sure you listen to the full podcast and if you’d like me to have Gareth on the show again, or if you have questions for him, reach out via email or DM and I’ll get answers for you.