Efforts to combat ‘online harms’ are either futile or overreaching 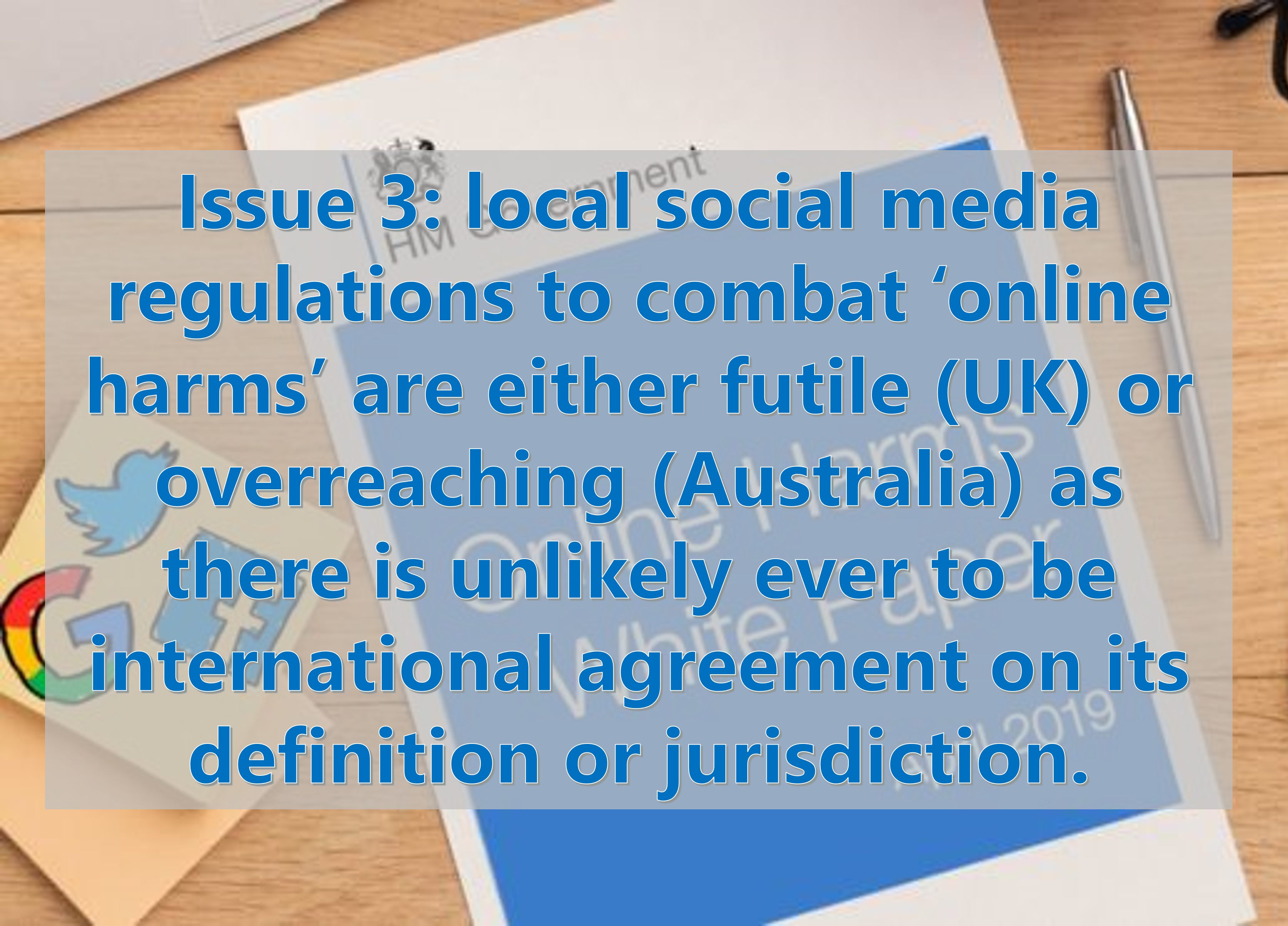 Ten big issues – 3: local social media regulations to combat ‘online harms’ are either futile (UK) or overreaching (Australia) as there is unlikely ever to be international agreement on its definition or jurisdiction.

It was, however, telling that the very same week that the UK launched its paper, one of its citizens was arrested in Dubai under controversial cybercrime laws out there for a post she had made back in the UK several years earlier. This exposed the different cultural interpretations of online harms that in some countries can include any perceived insult to religious figures, members of the royal family or even ordinary individuals. Which of these cultural interpretations applies, and also which jurisdiction applies is open to question? Does the content fall under the jurisdiction of the country where the post was made, where it is hosted, where the poster resides or where the subject of the post resides?

And how can the social networks be held to account when executives like Mark Zuckerberg have spurned request after to request to appear before parliamentary committees.

An even more draconian new law in Australia threatens imprisonment for up to three years or fines of AU$2.1 million (around $1.5 million) for posting, hosting or failing to “expeditiously” remove “abhorrent violent material”. However, the law was riddled with ambiguities, such as the definition of “expeditiously” or a “terrorist act.”

And It is claimed that the law endangers freedom of expression by incentivizing companies to err on the side of caution and take material down to avoid liability. On top of this the exception for journalistic purposes apply only to people “working in a professional capacity as a journalist” and would not apply to the citizens who have been vital in documenting war crimes in places like Syria and Myanmar who would fall under the law’s extraterritorial provisions.

With even Facebook founder and CEO Mark Zuckerberg now calling for greater oversight from government in dealing with problems posed by internet platforms, the tide of regulations is spreading, but many argue that they cast their net (and enforcement) too widely. Not only does the new Australian law have extraterritorial reach, covering the global social networks and their users, but it also covers the whole value chain – from the blogger who posts material, to the hosting provider that hosts the site to the ISP that lets you access it – all of whom could face jail time.

Also, with more networks adopting encryption, it is not clear how the ISPs and others are expected to know when they are carrying content that infringes these laws. It’s all a bit of a mess.