The US is losing its overwhelming global technological superiority 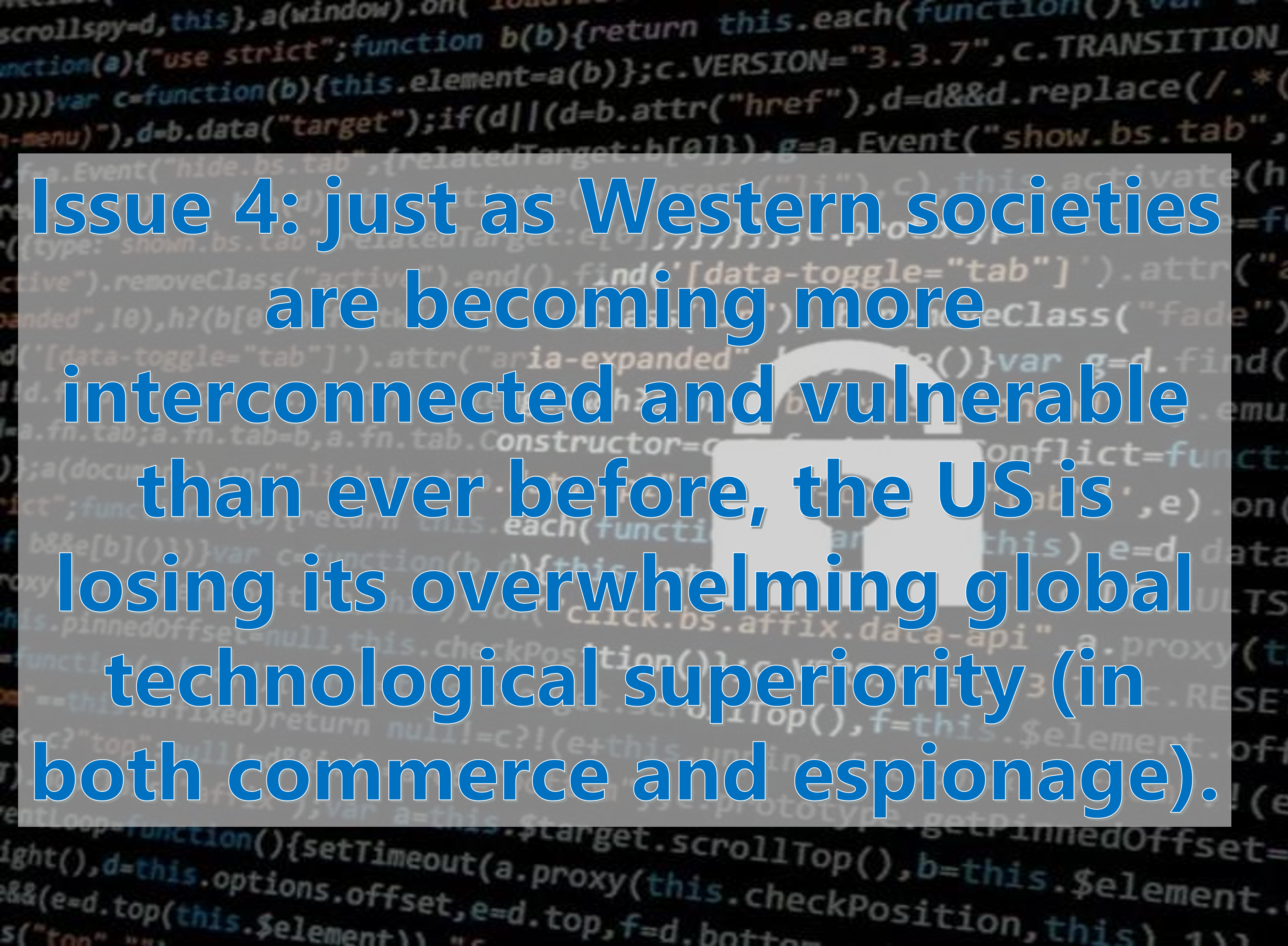 Ten big issues – 4: just as Western societies are becoming more interconnected and vulnerable than ever before, the US is losing its overwhelming global technological superiority (in both commerce and espionage).

The proliferation of Internet of Things (IoT) devices and introduction of high bandwidth 5G mobile communications networks will not only provide incredible transformational opportunities, but it will also massively expand the threat landscape.

Government department and large companies may have the tools and skills to maintain effective cyber defences, but consumers and small businesses are far more vulnerable, and the high number of poorly secured IoT devices that are massively interconnected amplify the threat of contagion. In addition to concerns relating to insecure IoT devices connected to 5G edge nodes, there are concerns with the security of the core 5G backbone devices.

The US intelligence services have been pressurising their ‘5 eyes’ partners and others not to use 5G equipment from Huawei as these devices may include back doors that would allow the Chinese to spy on or control 5G traffic.

However, while detailed analysis by UK GCHQ’s Cyber Security Evaluation Centre (HCSEC) (known as “The Cell”) may have found significant engineering flaws in Huawei’s 5G devices, it has failed to find any back doors. Conversely a 2018 report disclosed that five undocumented back doors had been found in CISCO routers. Unbeknown to CISCO the NSA had been intercepting routers and network devices bound for overseas customers and it then implants “backdoor surveillance tools, repackages the devices with a factory seal, and sends them on. The NSA thus gains access to entire networks and all their users.”

Similarly, US intelligence services have been critical of Russian antivirus software provider Kaspersky Lab, but the European Commission recently admitted that it has found no evidence that Kaspersky Lab products are a national security risk to member states.