The Future is Now, Are You Ready To Tackle The Data Tsunami

by Dez Blanchfield
in Telco & Mobile
0 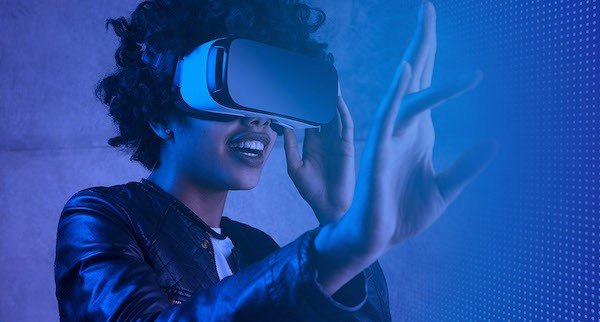 Fantasise a talk between the chief architect of a smart city and the chief intellect behind that city’s centre technology. But, of course, we weren’t articulating about the future, either: their tomorrow is Right Now.

Suppose you’ve already heard my podcast questioning Amit Midha, President of Dell Technologies APJ & Head of Global Digital Cities, and Luke Halliday, CIO of Melbourne Airport. In that case, you must be aware there were numerous approaches I could have brooked the discussion. Yet, both of these gentlemen are so immersed in the technology threat/prospect nexus we locate ourselves in today that our conversation diverted towards and refined these essential points:

The necessity for digital administration

This was a discussion I’ve been longing to hold ever since I read the recent report titled “Realising 2030: Future of Connected Living“, published by Dell Technologies and the Institute for The Future. This report heightened over 20 international futurists’ and experts’ beliefs and forethought over the following decade and was backed by feedback from 4600 industry leaders operating across 40+ countries. The objective was to pinpoint which evolving technologies will significantly influence our lives by 2030 and catalyse strategies to create that future.

One of the most significant shifts we are witnessing in the roadmap to 2030 is the transition from Smart Cities and Infrastructure to Digital Cities & Infrastructure. It is apparent that the disparity between a Digital City and a Smart City is not consistently evident – the key disparity is that a digital city has been developed to boost full digital integration of the diverse key elements such as infrastructure, methods, and individuals through the usage of and leveraging of data yielded or gathered/captured from each of these components.

So what is digital infrastructure and smart city?

A smart city might have smart traffic control designs, such as well-developed roads, junctions, motorways, freeways, and overpass traffic lanes. In contrast, a digital city will employ data from cameras, in-road detectors, the automobiles, trucks, bikes, bicycles, trains such that the data acquired from those vehicles and the individuals driving about within or on those vehicles is all employed to acquire understandings and intelligence to operate, command, and produce fully melded data-driven digital systems resulting in better outputs.

Digital cities will ideally have both physical and cyber protection developed and built-in. In contrast, a smart city might furnish safe spaces for its people but might not be competent to source data from systems such as cameras, mobile and safeguard citizens. It’s frequently an extremely fine disparity, but it is substantial, and data is the key to constructing digital cities safer, savvier, and future-proof.

They feel that individuals have GOT to quit proffering so much data for free. “These data fragments in isolation may look very small, but when collected together, they become a significant predictor of who I am, what I am likely to do, and how I can be manipulated,” says Amit.

From there, our discussion turned to building what’s required to accomplish our future form. Luke recommends fetching from an external viewpoint to assist in mapping present applications to prospective cast business necessities and choose what will go, persist, and transform. Then you can specify your infrastructure requirements and begin to construct.

Luke laid out the modernization strategy in such precise words; you’d feel it was explicit; indeed, he has subsidized an immense amount of exertion into the Melbourne airport modification. He states there are three fundamental phases:

Construct the IT base (multi-cloud backed by software-defined networking)

Start employing data insights to optimise the mode we work

Whatever you do, don’t defer. When I questioned Amit for one piece of suggestion to pass on, he said, “the future is here and now: Get On With It. This is an exponential curve. Today is the slowest day for the rest of our lives.”

This brings us back to the Future of Interconnected Living report. Finally, we have a roadmap rather than revolving in place due to a lack of understanding.
My gratitude to both Amit and Luke for creating time to talk; you can listen to the entire podcast to gain insight into the details. I even want to thank the wonderful teams at Dell Technologies APJ and Melbourne airport and the idea administration team behind the Realising 2030 report.