Connect with us
Conversations with Dez · Sustainability in the Australian Retail Supply Chain with Manhattan Associates, Shippit and Greener

As we all know, due to the impact of Covid 19, online shopping rates are very high. Hence, sustainability issues in the supply chain are more vital to Australian consumers than ever before.

So, to get the insights from the latest research report ‘Sustainability in the Australian Retail Supply Chain,’ done by Shippit, and Greener, Manhattan Associates, I conversed with Marketing Director APAC at Manhattan Associates, Daniel Osborne, Founder, Tom Ferrier, Co-Founder & Joint CEO, Shippit Greener, and Rob Hango-Zada.

Shippit, and Greener, Manhattan Associates, completed this compelling research study and jotted down the fundamental challenges Australian retailers and their customers encounter when it comes to sustainability in supply chain. Also, reviewed the associated invisible costs on the environment due to rising efforts by retailers to get orders out of the door faster.

Insights from the report involved:

For the complete conversation, press PLAY and witness this excellent discussion with three preeminent thought leaders from the Manhattan associates supply chains and retail industry.

They share the information and rationale for this project, their approach, and unique insights into what they learned throughout the journey.

This podcast was created in association with Shippit and Greener, Manhattan Associates.

To find more details or complete  retail supply chain news, get your free copy of the final report from here:

To learn more about Shippit and Greener, Manhattan Associates, visit them through: 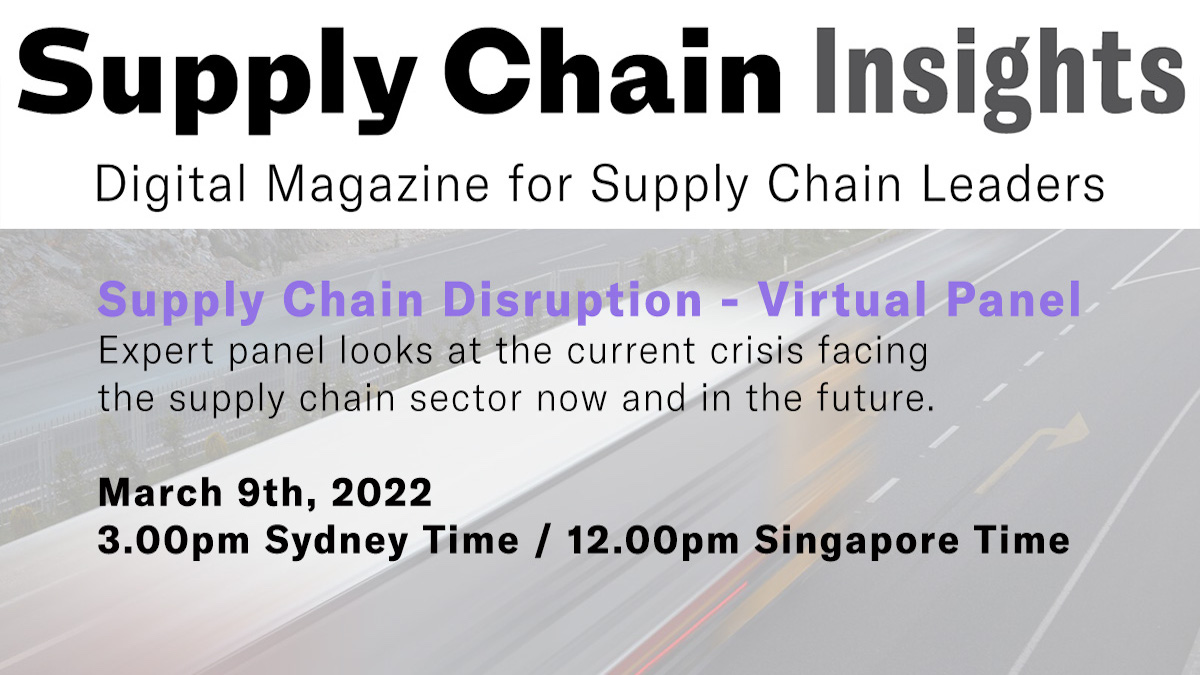 Supply Chain Insights will be hosting a special virtual panel on March 9th to discuss the Supply Chain crisis gripping the world. Our expert panel looks at the current crisis facing the supply chain sector, now, and in the future.

If the last 18 months have taught us anything it is expect the unexpected, from a global toilet paper crisis to waiting 18 months for a standard family car due to a microchip shortages.

We have put together a panel of experts to discuss how we got to this point and what the future looks like from a supply chain perspective and examine how much of this crisis is due to pandemic and how much of it was self inflicted by organisations lack of investment in supply chain hardware and technology.

Host and moderator Dez Blanchfield, founder and CEO of Sociaall Inc., veteran practitioner and thought leader, with over three decades in business & technology experience to draw on, will be joined by an expert panel of subject matter experts including, global leading Supply chain and omni-channel commerce company Manhattan Associates, leading manufacture of warehouse, transportation & healthcare automation and devices Zebra Technologies along with more existing panelist to be announced in the coming days. 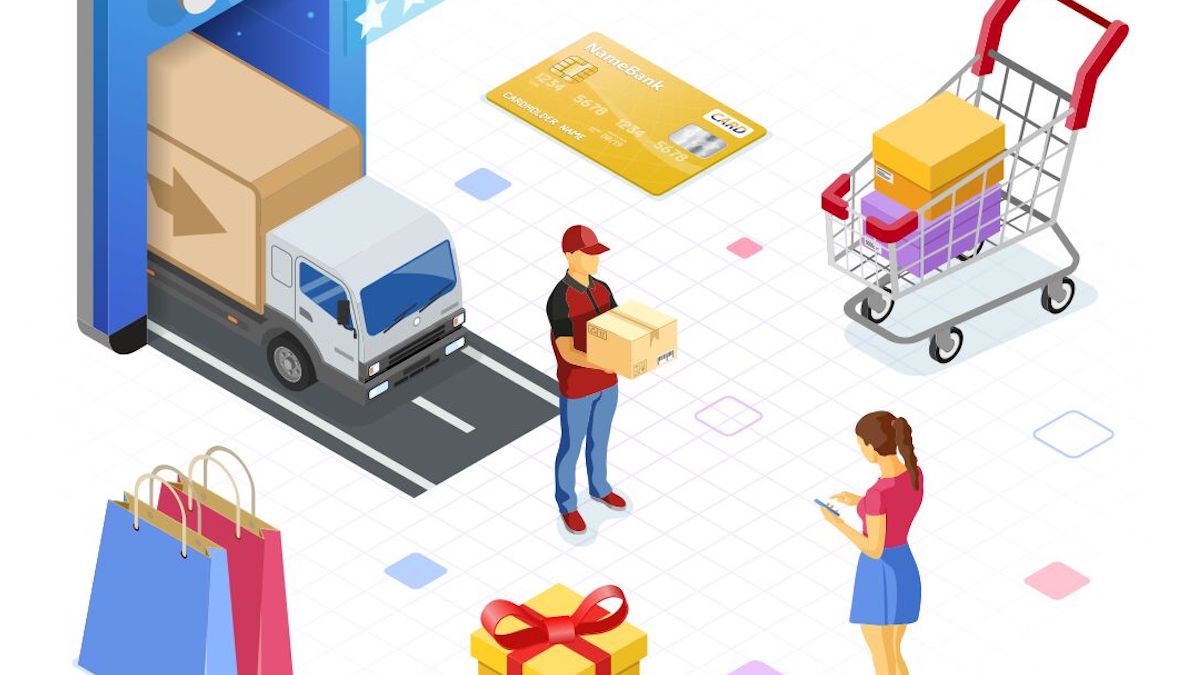 Retail supply chains are under greater pressure than ever before due to the ongoing impacts of COVID-19, with 76% of Australian shoppers indicating that they had experienced unusual delays in receiving goods they ordered online in the last three months.

New research, undertaken by Manhattan Associates, has identified that a major source of customer dissatisfaction and delays in receiving goods today was multiple-shipments for single orders, with 66% of shoppers stating that when ordering online, items commonly arrived in different deliveries – even though they ordered their goods all-in-one shop. This is despite 70% of shoppers saying that they would prefer to receive goods at a later date if that meant everything they ordered arrived all in one delivery/shipment.

“Given the pressure that Australian retailers are under to meet customer demands in a challenging market, it is understandable that brands want to get their goods to customers as fast as possible, even if this means that orders arrive in multiple-shipments, with goods from one order coming in different deliveries on different dates,” said Raghav Sibal, Managing Director, ANZ, Manhattan Associates. “However, new research shows that this approach is actually causing friction with the customer, many of whom would prefer options to receive their goods in one delivery.”

Alarmingly, 41% of shoppers indicated that they waited on average more than one week between their first delivery and subsequent other deliveries of goods from the one order. This has led to confusion and frustration amongst consumers, with 63% of shoppers contacting the retailer thinking there was a problem (such as their purchase not being accurately recorded) with their order.

“Such is the issue of online delivery delays and multiple-shipments today that 75% of shoppers said that the delivery reliability of a retailer would impact on their willingness to shop with them in the future,” said Raghav.

“Not only is the issue of multiple-shipments for a single order causing confusion and frustration amongst Australian shoppers and impacting on the reputation of the retail brand, it also comes at a real financial cost to retailers. Every time an online order is split over two or three different shipments, there is extra cost to the business for handling, packaging, and transport, which can all add up at a time when many retailers are already under financial pressure.”

Only 50% of shoppers were contacted by the retailer when their delivery was delayed or notified that their delivery would come over multiple-shipments, and an overwhelming 67% feel that the business could have better managed the process around communicating likely delays in receiving goods.

“In a disrupted operating environment retailers must not only improve their communication with customers, but they must also intelligently manage order fulfillment across their complete omnichannel network to minimise multiple-shipment issues and meet shopper expectations. Retailers need to manage stock across distribution centres, stores, and transportation, along with optimising order routing to reduce costs while ensuring customer promises are always kept,” said Raghav. 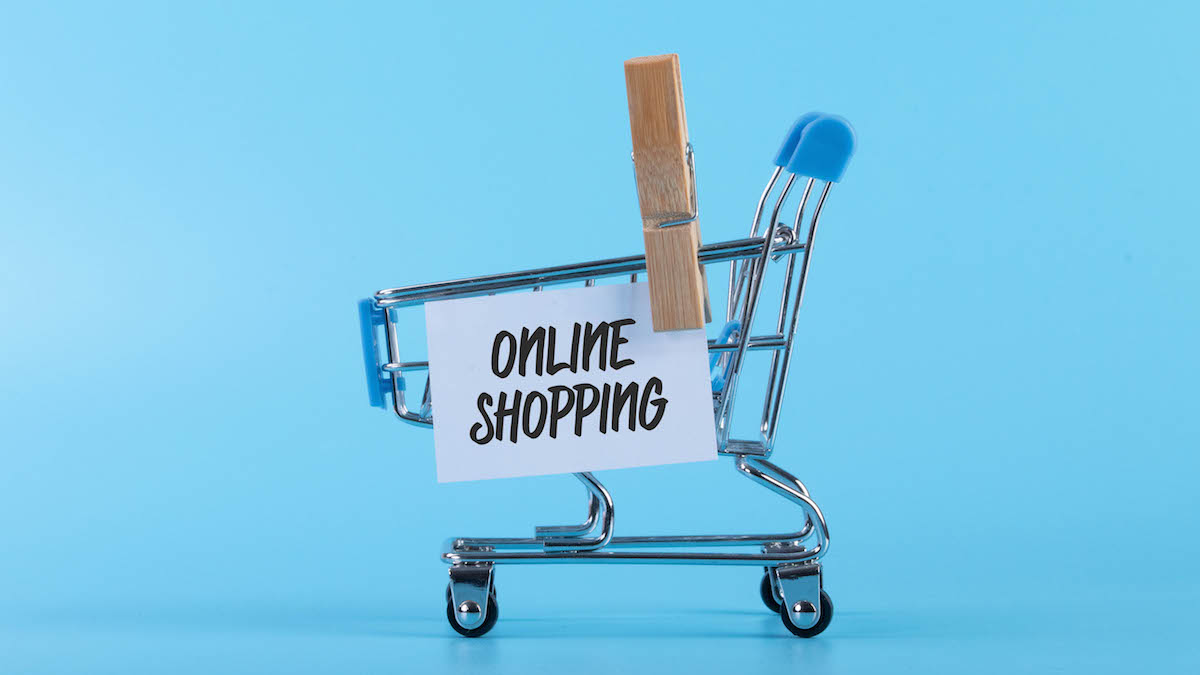 Research undertaken by Manhattan Associates indicates that Australians are more willing to participate in sales events than before COVID-19, with 71% of people more likely to purchase goods from events like Black Friday, Cyber Monday, Boxing Day sales and the recent Click Frenzy event.

Boxing Day sales remain the most popular sales event in the country, followed by Black Friday with 42% and 37% of respondents reporting they take part respectively.

Research showed that the majority of shoppers will now participate in a sales event online. Almost three quarters of shoppers say that they shop more online now compared to before COVID-19 and a large portion of people indicated that they rarely shop in-store at all now (41%).

“Shopping habits in Australia have significantly changed following COVID-19. Consumers are increasingly comfortable making purchases online and direct human interaction is less of a priority when making a purchase compared with flexibility. Retailers are challenged to meet customer demands in this new environment given the disruption to the traditional model of in-store purchasing,” explained Raghav Sibal, Managing Director, Manhattan Associates.

Highlighting the financial impact caused by the pandemic, shoppers said that they were looking to purchase from a sales event because they are looking for a bargain (38%) or because they have less money to spend on essential goods (32%).

While major sales events were becoming increasingly popular with local shoppers, these activities are not universally viewed as being a positive, with 28% of survey respondents described their shopping experience during major sales events as stressful. A further 56% of survey respondents saying that they had waited to purchase a product during a major sale only to find it was out of stock.

“With global supply chain issues and more shopper interest in sales events than ever before, retailers must take control of their inventory and ensure they have the right stock on hand to meet buyer demand. Retailers need real time visibility that provides a trusted window into all stock, whether it’s in the warehouse, in-store or being transported. By knowing exactly what goods they have and where, retailers can better plan for future sales or surges in demand to take advantage of increased shopper activity and create a positive customer experience,” said Raghav.

Data Mesh? Data Fabric? I Don’t Care What You Call It, You Need It!

GDPR at 4: the Good, the Bad and the Ugly