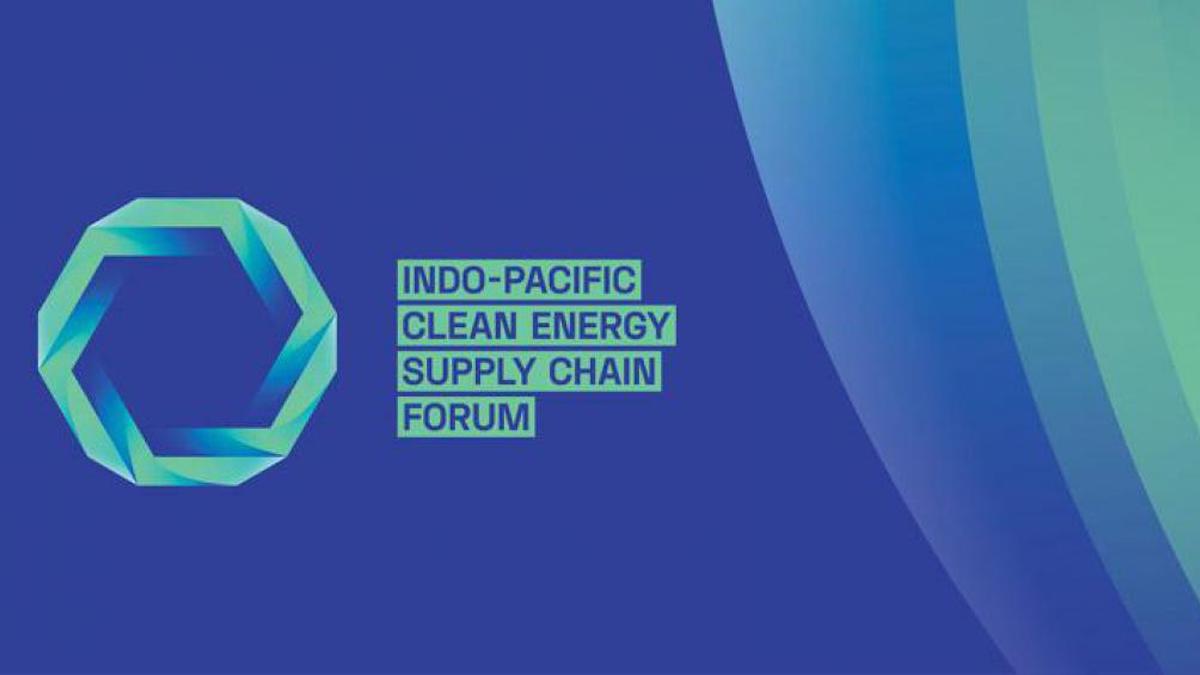 The Department of the Prime Minister and Cabinet confirming that Sydney Australia will host event on July 12-13, 2022.

The world’s most influential business, technology and finance leaders will gather in Sydney to accelerate the clean energy transition underway across the Indo-Pacific.

The Indo-Pacific Clean Energy Supply Chain Forum – an Australian led regional initiative – will address innovative ways for business, governments and other sectors to realise the economic opportunities of clean energy through competitive and open markets.

The Forum will be an invite only event and co-hosted by the Australian Government and the International Energy Agency, in partnership with the Business Council of Australia. Importantly, it will complement and feed into the deliberations of governments, particularly through Indonesia’s 2022 G20 Presidency.

The Indo-Pacific is the world’s fastest growing region and consumer of half of global energy. The development and deployment of reliable and low cost clean energy technologies and creation of secure and diverse clean energy supply chains is critical to economic prosperity, and achieving global climate commitments.

Dr Alan Finkel AC, Special Adviser to the Australian Government on Low Emissions Technology and former Chief Scientist, has been appointed by the Prime Minister to Chair a high level panel of eminent global experts in low emissions technology, finance, industry and research to ensure the Forum delivers meaningful outcomes that make a difference to every day Australians and our regional neighbours.

Data Management became a movement & Commvault’s on board 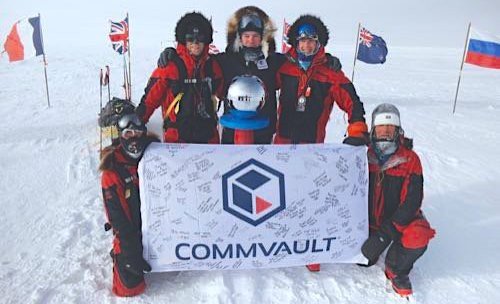 You instantly know the Chief Marketing Officer at Commvault is an interesting fellow when you learn he has been thinking about how to drive global awareness for the carbon footprint of data centres and at the same time actually took part in a trek to the South Pole.

I mean seriously, how many brands would come up with that? But once you’ve listened to my discussion with Chris Powell, Chief Marketing Officer at Commvault, you’ll have no trouble at all envisioning how it came to be.

How what came to be, you ask? Well, his trip to the South Pole, of course. Here’s the back story, and be sure to push “play” on that podcast to enjoy the rest of our amazing conversation.

My guest, Chris Powell, had the opportunity to meet Robert Swan, who as you may already know, in 1986 became the first person to replicate the original 1912 Scott Expedition by walking to the South Pole (this time, without perishing).

He’s an incredible human, Robert Swan is, and as Chris says, he’s a climate change warrior. He’s terrified at the scale and pace of change he sees in Antarctica and on top of that the uncertainty of what will happen in 2041 when the international treaty that protects Antarctica expires.

Swan is doing everything he can to raise awareness for Antarctica (read in to his 2041 movement here) and Chris had the vision to connect Commvault, a data management company, to it. Commvault signed on as a sponsor of Swan’s 2018 trek to the South Pole.

“What initially started as a data story with regard to protecting and managing the scientific data for the expedition evolved into the concept of the carbon footprint of data,” Chris explains. “As an enterprise, Commvault has over 20 exabytes of data managed by our software, and in many cases, it’s supported by data centres that are still using fossil fuels.”

Data Management in the Cloud

Chris and Swan realised that moving data management to the cloud not only makes data more efficient, it reduces carbon footprint. And that became a Ted Talk by Chris Powell (a must watch by the way!).

So already we have a South Pole data management sponsorship that turns into carbon awareness Ted Talks – that’s quite an accomplishment, I’d say. But then it got better. He got to JOIN the expedition. Part of me is soooo envious I can hardly stand it, but the rest of me had an amazing time hearing first-hand from Chris what it was like being there (hint – listen to the podcast).

I will share one of his main takeaways, having been through what sounds like a pretty gruelling experience. It’s “What are we going to do differently as individuals? As citizens? And with the companies we work for?” It sounds pithy but then you look at Commvault and what they put in to action and you realise, this vision has actually massively impacted the entire organisation.

The excitement is unbelievable at Commvault, and we’re talking about #datastorage and #datamanagement! Here’s this tried and true company who for years has been ultra reliable, the best in the biz at #dataprotection, growing steadily, partnering away (it’s the full list of who’s who) and now they are the very definition of innovation. It’s culture and vision, I tell you. This is one of those fantastic organisations to be a part of where having a personal vision is welcomed. I mean, look at their #PlasticFreeJuly campaign. It makes sense that Chris is the CMO and Sanjay Mirchandani is CEO, you can feel how invigorating their enthusiasm is for the entire organisation.

Commvault has had quite the run these last couple of months, culminating with acquiring Hedvig Inc. in early September. In our GDPR and security-tense times, it’s not only about managing and protecting your data. It’s about controlling it so that you can use it.

That’s where Hedvig comes in. The Hedvig Distributed Storage Platform is a modern storage solution for any enterprise compute environment running at any scale. With infinite scalability, complete protocol consolidation, and the ability to span multiple sites and clouds.

With the Hedvig acquisition, Commvault has laid hands on a platform and tool which can categorise, monitor and present data, really make it usable. I call that fantastic.

So how do we think about Commvault now? They’re bigger than the “backup company” that we’ve had them slotted as for so long. Don’t get me wrong, they are absolutely the “greatest backup and recovery solution and technology in the market today” as Chris says. But, as he also says, and as Sanjay says, that’s the foundation that they’re building on.

There’s More to it. They are becoming a data software provider. And with the #multicloud world, they have to become software defined. It’s exactly the right move.

I don’t even think “data software” is all that obtuse of a concept. In Chris’ language you ask: “What’s the foundation you need to set so that you’re ready with your data? And then, can you protect it, are you managing it against your policies and regulations, are you getting business value out of it, are you controlling where it resides.”

With this acquisition of Hedvig, Commvault have indeed future-proofed themselves and their clients. They are one of the few well-positioned to ride out the coming mass-disruption of #5G, they’re already #multicloud, they’re well on top of #integration, the masters of it really, and it just keeps getting better.

It was also incredible to see this and many more exciting new innovations announced at #CommvaultGO in Denver this year, their annual event. I had the privilege of being there, and if you weren’t able to make it to the event, I invite you to tune in the event virtually via the recordings of the various keynotes and presentations / announcements.

I could share SO much more about my conversation with Chris, but for now I urge you to tune in to the podcast. My thanks to Chris and the rest of the incredible team at Commvault for making it happen.

Here’s more information about some of the topics Chris and I discuss: