Mainframe Modernization is a Non-Sequitur

by Craig Mullins
in Mainframe
0 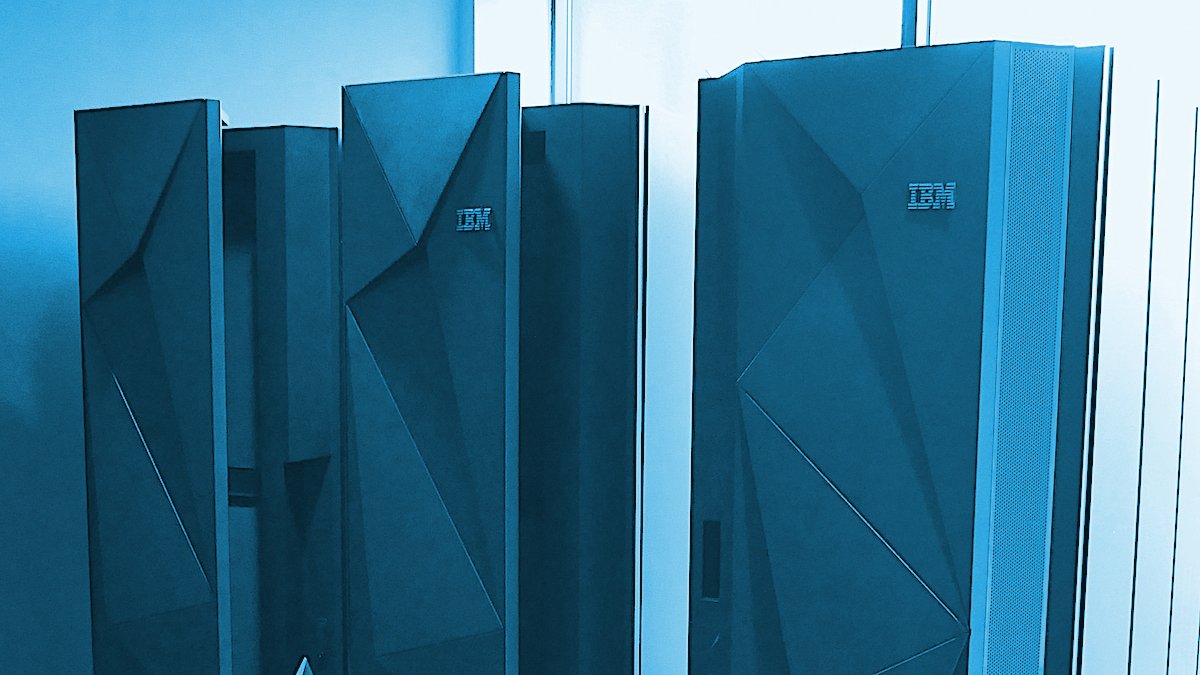 Whenever anybody uses the term “mainframe modernization” I sort of wince and look at them like they don’t know what they’re talking about. Because they really don’t. You see, there is no need… the mainframe already IS a modern platform. It is not the mainframe, where the current state of the art is the IBM z16, that needs to be modernized. Applications running on the mainframe may need to be modernized, sure. This means that we need to train these people to call it what it is – Application Modernization!

For all intents and purposes, the age of the mainframe began in April 1964, when IBM announced the System/360 mainframe. All IBM mainframes since 1964 have evolved from the System/360 and its architecture. There have been numerous changes in the 50+ years since then because IBM constantly updates its mainframe technology, hardware, and infrastructure to ensure that it delivers high availability and speed with modern development and processing capabilities.

And that means over the course of the mainframe’s life, customers have developed a large financial investment in their mainframe applications and data. Many of these applications were developed and refined over decades. Some were written many years ago, while others may have been written just “yesterday.”

So, of course, there is old code running on the mainframe… some of it written perhaps 50 years ago or more. And some of that code could benefit from modernization. But the platform itself, the hardware and system software, is quite modern.

What Do You Mean, Modern?

Approximately every 4 years or so IBM releases a new System z mainframe, and the IBM z16 was just unveiled earlier this year (2022). The IBM z16 provides 17% more processor capacity per CPC drawer compared to the last model, the IBM z15.

The highlight of the new IBM z16 is the IBM Telum chip, which serves as its central processor chip. Built atop 7nm chip technology, the IBM Telum is designed with on-chip acceleration for AI inferencing that will enable deep learning inference at scale. The on-chip AI scoring logic provides sub-microsecond AI inferencing for deep learning and complex neural network models. The IBM z16 can handle process 200 billion inference requests per day within one millisecond of latency.

Furthermore, the IBM z16 can be configured with up to 40 TB (10 TB per CPC drawer) of addressable memory per system. The IBM z16 also delivers state-of-the-art I/O supporting up to 12 I/O drawers. Each I/O drawer can support up to 16 I/O or special purpose features for storage, network, and clustering connectivity, as well as cryptography.

When it comes to security and encryption, it is hard to beat the mainframe. With Pervasive Encryption, IBM customers can encrypt 100% of their data. And with Data Privacy Passports it is possible to use the mainframe to protect data on and off the platform.

Furthermore, with the upcoming advent of quantum computing and its heralded potential for breaking current encryption, the IBM z16 is the industry’s first quantum-safe system. The system’s quantum-safe secure boot technology helps to protect IBM Z firmware from quantum attacks through a built-in dual signature scheme with no changes required. IBM z16 quantum-safe technology and key management services were developed to help you protect data and keys against a potential future quantum attack such as the “harvest now, decrypt later” approach.

And we haven’t even mentioned Parallel Sysplex, which has been available for years, but nevertheless still delivers unheard of 99.99999% availability… yes, that is seven nines or an average of 3.16 seconds of downtime per year)! Although an in-depth discussion of Parallel Sysplex would take some time, suffice it to say that it is a clustering technology that enables multiple copies of z/OS to run as a single image from a single point of control. Parallel Sysplex lets you share data and applications across multiple systems. High availability is delivered with the ability to remove an image and make changes while applications continue to run. And IBM is making constant improvements, such as the enhanced ICA-SR coupling link protocol delivered with the IBM z16 that can improve read and lock requests by up to 10% and write requests by up to 25%.

Another availability innovation of the IBM Z is System Recovery Boost, which redirects all of the capacity in the system to starting (or restarting) your system. This means that zIIPs and other special purpose capabilities of the mainframe can be diverted to boost performance during startup, thereby minimizing downtime.

From a system software perspective, middleware like MQ, CICS, and WebSphere, and one of the industry leading DBMSes in Db2, are available to deliver top-notch, modern capabilities for application development. It is also possible to run Linux on the mainframe instead of, or in addition to z/OS. And for those looking for a more modern interface to the mainframe, the open source Zowe platform can be used to provide a more modern interface to z/OS than the character-based ISPF.

Truly, only the most stubborn readers will be unconvinced that the mainframe is, indeed, a modern platform.

So, What Needs to be Modernized?

Even with its rich history and continuing upgrades to keep the mainframe viable for modern workloads, there are valid concerns about how we can continue to keep the platform viable into the future. A concern voiced regularly is the aging workforce. Mainframers are getting older and organizations are just not replacing them successfully. We hear about a skills gap, where new hires are not capable of performing the duties of the recently (or soon-to-be) retired. There is also the challenge of integrating the mainframe with new technologies and capabilities. This can require a mix of skills that can be difficult to obtain.

As such, many organizations are beginning to focus on ways to modernize their application portfolios, such as migrating to more modern programming languages and integrating DevOps processes and procedures. These are valid techniques when undertaken with a well-thought-out plan and knowledge of your organization’s infrastructure/applications, as well as knowledge of the existing languages used (COBOL, PL/I) and the new languages being adopted (e.g. Java, C).

From a functional perspective though, keep in mind that your old code still works! Maintaining it may be difficult, but it isn’t going to just stop working any time soon!

So how can you modernize your mainframe systems? Industry analysts as Gartner outline 7 approaches that can be taken to modernize legacy systems. You can (1) encapsulate, which means you are extending features, data and functionality in the application and making them available as services using an application programming interface (API). You can (2) rehost, which redeploys an application component to another physical, virtual or cloud infrastructure without altering the code or modifying features and functions. Then there is (3) Replatforming, which is migrating an application component to a new runtime platform. Code changes are required but the goal is to minimize code changes to adapt to the new platform, without modifying the code structure or the features and functions it provides. Another approach is to Refactor (4), which means to restructure existing code without changing its external behavior while improving its features and structure. Rearchitecting (5) is a bit more intense. In this case you have to materially alter the application code so you can shift it to a new application architecture and fully exploit new and better capabilities of the application platform. Even more work is entailed in Rebuilding (6), which is rewriting application components from scratch while preserving its scope and specifications. And finally, there is Replacement (7) where the former application component is eliminated altogether and replaced, taking new requirements and needs into account.

Of course, each option is not always possible. Every platform and application you wish to modernize will have requirements that can make certain of these options more or less feasible. Nevertheless, completely rebuilding or replacing are typically not the best approaches when modernizing mainframe applications. After all, as one executive I talked to states “Why would you rebuild or replace what already works instead of tweaking it to make it more modern or accessible?”

According to resources cited by IBM, mainframes are used by 71 percent of Fortune 500 companies… and IBM mainframes handle 90 percent of all credit card transactions as well as 68 percent of the world’s production IT workloads. 44 of the top 50 banks and all top 10 insurers worldwide use mainframes. And despite such pervasive usage mainframes account for only 6 percent of IT costs!

As we learned here, IBM keeps up with technology and integrates modern capabilities into the platform on a regular basis. Big business relies on the mainframe to serve billions of transactions each day, and IBM, ISVs, and user organizations continue to support mainframe development with new practices and procedures.
As such, the bottom line is this: the mainframe is a modern platform, and it is here to stay!