Public Cloud Continues to Grow but Not Without Challenges

by Craig Mullins
in Cloud, Data
0 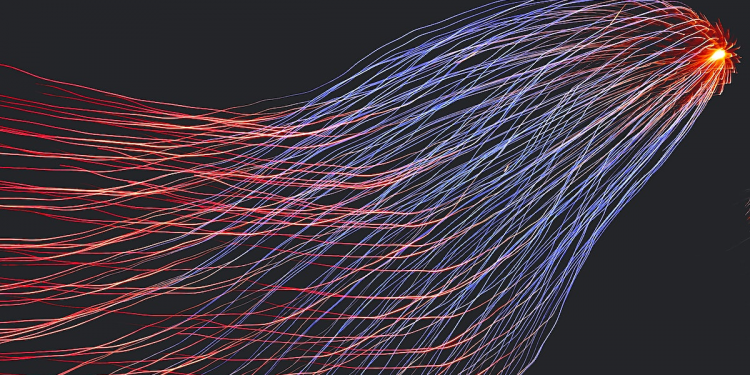 Unless you have been living under a rock lately you surely have noticed the phenomenal growth and uptake of cloud computing.

According to analysts at Forrester Research, the public cloud market will grow to exceed $1 trillion in worldwide revenue by 2026. Diving down for details, Forrester reports that cloud infrastructure services will account for approximately $496 billion in revenue during the same timeframe.

Not surprisingly, the Top 10 Cloud Infrastructure Providers are dominated by some of the largest companies on the planet, including AWS (Amazon Web Services), Google, Microsoft, IBM, and Oracle. Forrester refers to these companies that are trying to dominate the public cloud and cloud services industries as hyperscalers. For these hyperscalers to continue trying to dominate and influence the direction of the public cloud market requires significant investment.

Look for the hyperscalers to increase investments in key technologies such as custom microchips and advanced wireless networking to keep apace with the competition. But such investments are game stakes more than differentiators. The hyperscalers will be competing amongst themselves looking to not only retain existing customers, but to grow the customer usage and add new customers.

To maintain their influence over the public cloud market, hyperscalers and providers will need to prioritize major investments in other differentiated premium services. One tactic that will be pursued diligently by all should be improved AI and machine learning (ML) capabilities for their cloud database and analytics services. Customers will increasingly seek to improve their operating efficiency and product innovation using AI and ML coupled with their database data. Forrester predicts this will drive database and analytics services revenue up threefold to $89.5 billion by 2026. Furthermore, Forrester indicates that cloud-native technologies will gain greater influence as they are increasingly infused into AI/ML standards, and as Kubernetes becomes the de facto standard for IT infrastructure in the cloud.

Another area where hyperscalers must focus is creating useful development services to lure in more coders. Analysts at Forrester predict the market for development services will rise to $51 billion by 2026. Factors fueling this growth include serverless becoming integral to application development on cloud platforms, automation, and integration of low-code into cloud development.

Yet another key challenge facing the hyperscalers is continuing to enhance their SaaS offerings. Forrester claims that the cloud applications market is currently dominated by non-hyperscalers, a claim backed up by this analysis of the Top 10 SaaS Companies in 2022. The app market will approach saturation at $397 million by 2026 according to Forrester, yet hyperscallers will continue to focus on improving their SaaS offerings to retain and grow their public cloud customer base.

Another challenge not cited by Forrester is that the future of computing will be a hybrid one. That is, although cloud computing continues its rapid growth and will continue to grow into the foreseeable future… on-premises computing is not going away. Nor should it!

There are many reasons for medium to large organizations to continue to embrace and even expand their existing on-premises workloads. Compliance, latency requirements, security and data protection, cost issues, and productivity (among others) are all valid reasons to run computing workloads on premises instead of shifting to the cloud.

But isn’t everything moving to the cloud? Whenever I hear an absolute term like “everything” I immediately doubt its veracity. Let me put it bluntly: everything will not be moving to the cloud. The cost and effort to do so would not deliver a reasonable return on the investment. The vast majority of existing applications were not built with an understanding of the public cloud and it would take a lot of investment to re-engineer them to properly take advantage of a public cloud architecture. And even though demand is high, cloud service providers (CSPs) can’t build out their infrastructure fast enough to support all the existing data center capacity “out there” to immediately support everything. And, of course, there are scenarios that do not fit well in public cloud, perhaps in terms of pricing structure or compliance requirements.

The future will be hybrid… namely, hybrid multicloud. And, in my opinion, some of the large hyperscalers (IBM, Microsoft), are more prepared to battle on a hybrid front than are others (AWS, Google). But all of them need to be cognizant of the hybrid future, both in the public cloud and on premises, and be prepared to support their customers as they embrace that reality.

So, as the public cloud continues to expand and the hyperscalers fight for supremacy, wise organizations will pursue a hybrid multicloud approach that embraces infrastructure based on the public cloud, but also on on-premises technology and applications.